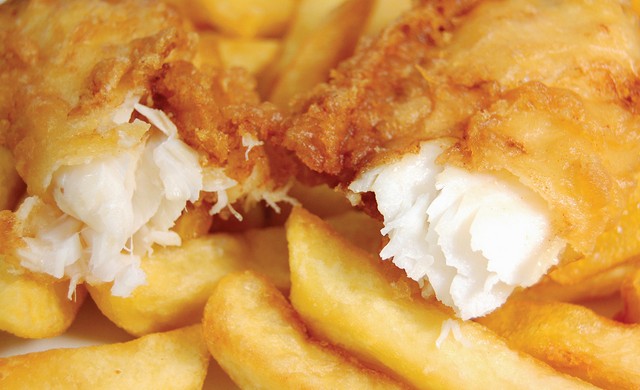 Frymagazine.com, in association with the National Edible Oils and Distributors Association (NEODA), is introducing the first ever National Fish & Chips Day on Friday 5th June 2015.

The nationwide event fills a much-needed gap in the calendar to celebrate and showcase the great British institution that is fish and chips. Plans are currently underway to create a dedicated website and logo, so for the moment we are asking friers to put the date in their diaries and start planning how they can mark this momentous occasion.

Reece Head, publisher at frymagazine.com, comments: “Although NEODA is driving National Fish & Chips Day, it is an event for the entire industry to get involved in and we hope everyone will come together, from fishermen to suppliers and fish and chip shops to the general public, to support this fantastic day.

“We still can’t believe that the UK has never had a day which recognises fish and chips, so it’s about time we put that right. After all, we celebrate Mother’s Day, Father’s Day and Christmas Day – and this is much more important than those!

“This is the first year National Fish & Chips Day will take place and we expect it to grow year-on-year as more people get onboard and pledge their support. It’s about giving fish and chips the recognition it deserves and helping secure its position as the UK’s number one takeaway.”

The event, which will take place on the first Friday in June every year, already has the backing of key industry players.

To help build support in anticipation for the event, we are urging people to start tweeting with the hashtag #FishandChipsDay

There are around 10,500 chippies in the UK serving over 247 million portions of fish and chip meals each year with customers spending in the region of £1.2 billion annually.

The earliest reference to a fish and chip shop was in Charles Dickens’ Oliver Twist in 1838 when he wrote about fried fish warehouses although rather than chips, fish was paired with bread or baked potatoes.

Who first married fish with chips is a highly contested issue with some crediting northern entrepreneur John Lees. As early as 1863, it is believed he was selling fish and chips out of a wooden hut at Mossley near Manchester. Others believe it was Jewish immigrant Joseph Malin who opened his shop in Cleveland Street in East London in 1860.

Outlets selling fish and chips were soon popping up across the UK with there believed to be around 35,000 by 1930.

1. Cod is the most popular species sold in fish and chip shops, accounting for 61.5% of fish sold. Haddock comes in second, at 25%.

2. £1 out of every hundred spent on food is spent on fish and chips.

3. Fish and chips was one of only a few foods not to be rationed during the Second World War.

4. During the D-Day landings British troops would identify other British soldiers by shouting “fish” and waiting for the reply of “chips” to indicate alliance.

5. An average portion of fish, chips and mushy peas contains 7.3% fat of which 2.8% is saturated fat, beating most other takeaways.

7. More than half the UK adult population visits a fish and chip shop at least once a month.

9. On a Friday in the UK, 20% of meals purchased outside the home are from a fish and chip shop

10. Fish and chip outlets sell roughly 25% of all the white fish consumed in the UK and 10% of all potatoes